The cryptocurrency market added $14 billion in under 24-hours following a bullish breakout that sent the price skyrocketing to $4,800 – a figure not seen since November of last year.

Hovering over $4,700 at the time of writing, Bitcoin peaked at $4,850 according to figures from CoinMarketCap before sliding slightly to trade sideways. 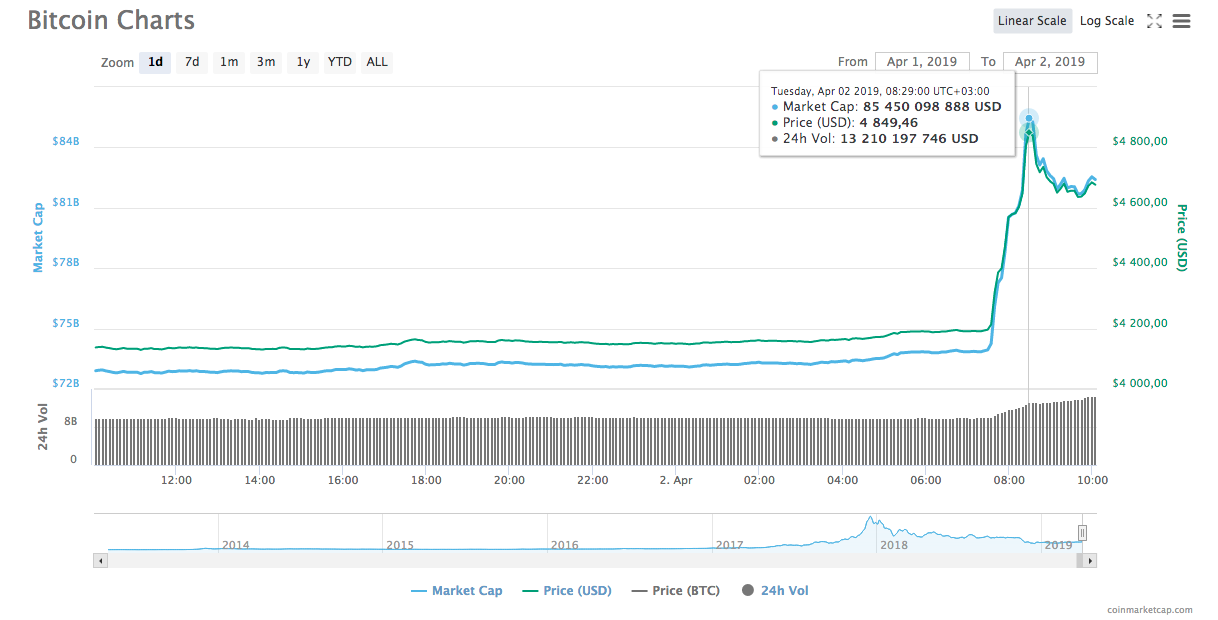 Ethereum, the second biggest cryptocurrency by market cap, is also in solid green territory, seeing about 6% in gains on the day. The coin is now trading at $150 in comparison to yesterday’s $140, while its market cap is over $15.8 billion at press time. Ripple, currently the world’s third largest crypto, is also up 6% today, trading around $0.33 at the time of writing. The coin’s market cap gained about $900 million in 24 hours, peaking at $13.8 billion earlier today. 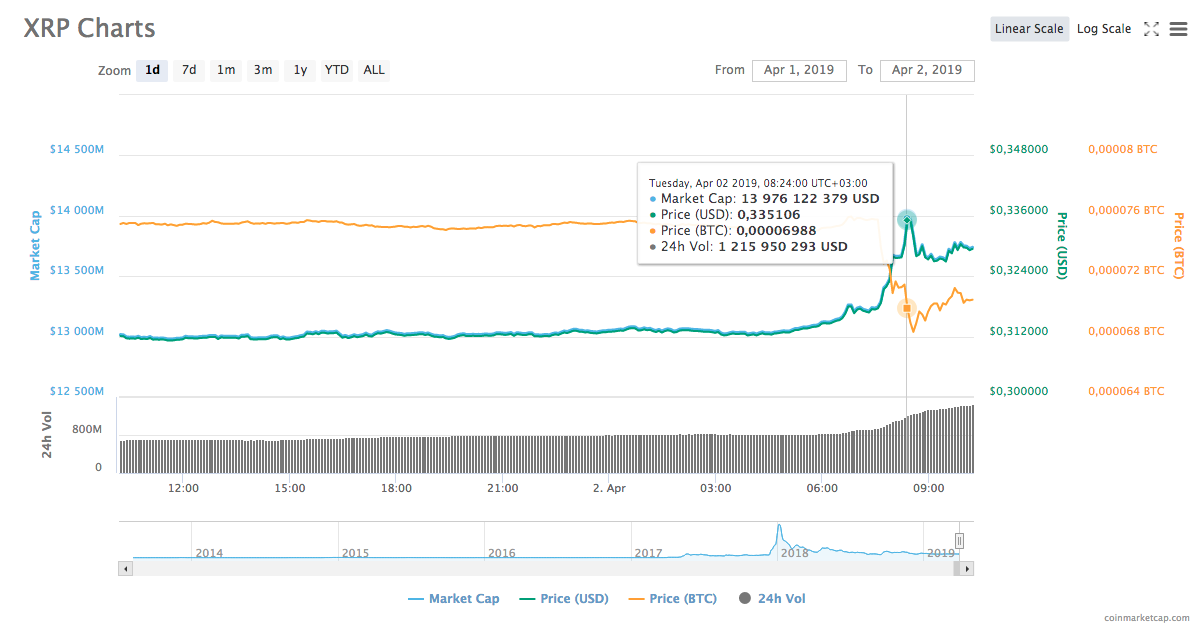 This comes after Bitcoin traded in a sideways channel with declining volume for an entire month, with recent reports about fake exchange volumes showing that as much as 95% of all cryptocurrency trading volumes are artificially generated.

One widely stipulated reason for fake volume is so that relatively unknown exchanges can get listed on the top 100-page on CoinMarketCap, resulting in increased site traffic. This would explain the noticeable discrepancy between volume data sets on big exchanges like Coinbase and Bitstamp and the reported volumes on the most widely used crypto statistic website.

As traders and investors enjoy the relief rally, the industry is in the midst of discussing a prediction made by crypto trader Josh Rager. On March 31, he tweeted that the next BTC cycle should peak at $150,000 by 2023. Understandably, some are sceptical about the optimistic forecast – perhaps still burned by Bitcoin’s recent downward price action. At the same time, others recall even more optimistic outlooks on BTC hitting $200,000 and beyond in the future.

Meanwhile, fresh news from major American cryptocurrency exchange Coinbase points to the company expanding into cross-border payments. Its clients can now transfer funds to any user that owns a Coinbase account around the world using XRP as well as the exchange’s stablecoin, USDCoin (USDC) at no cost.

In other news, a recent report published by SwissBanking states that the fintech sector – which includes distributed ledger technology firms – continues to grow, while traditional financial institutions are stagnating.

Needless to say, seasoned traders and crypto enthusiasts aren’t at all unfamiliar with the sector’s dark history of pump and dump schemes. In fact, the jury is still out on whether this pump is indicative of a broader market shift or simply an upward correction in a sustained bear market.

Check out our latest videos below:

or go back to NEWS page

[BLOCK] Longenesis: The Pursuit of a Longer Life

Nigera Fintech Week 2020 to start off

Fill in the AI & BC Summit Pitch Battle application form.

Grab a ticket!
Low fees for all delegates.
Find out now.